Turn on the best Thanksgiving movies for kids, and give yourself time to get things done!

The holiday season is full of all sorts of family gatherings and activities for the entire family. When it comes to Thanksgiving, turkey, football, and pumpkin pie are usually a few key players. But what about after the turkey and pie are gone and the football game is over? You still have family in town and some stores and businesses are likely closed for another day or two! 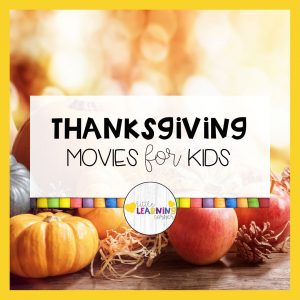 Movies are an easy crowd pleaser that still let the family spend some quality time together. While some movies can be put on after the kids go to bed, you may need some ideas for what to have on while they are still awake. Or, maybe you need a few ideas for movies and tv shows to show around Thanksgiving time in the classroom! Either way, there are plenty of Thanksgiving movies or TV show specials for you to put on for the young ones. Some of them are feature length movies and a few of these are a shorter TV specials. So, whatever time you have available, you should be able to choose something from this list.

At the bottom of this post, you will find a list of movies that the whole family should be able to giggle at and enjoy together on Turkey Day – with no complaints from older siblings. 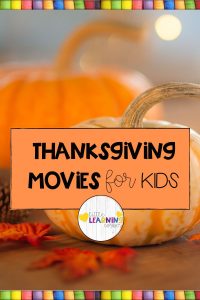 Nothing gets little kids into the thankful spirit like playing a tv show or movie that reminds them that we all have something to be thankful for! These features are the perfect way to teach your littlest ones about the true meaning of the Thanksgiving holiday.

Dora and friends are getting ready and building a float for the Thanksgiving Day Parade when the pirate piggies suddenly begin floating away in their boat float! She needs everyone’s help to save the day and get back in time for the holiday parade! 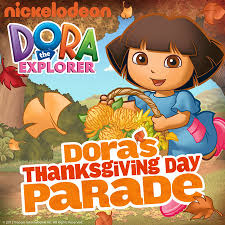 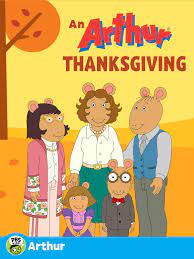 Winnie the Pooh: Seasons of Giving

A Winnie the Pooh Thanksgiving has the members of the Hundred Acre Wood gather together and realize something very important. Thanksgiving is not about what you eat. It is about being with family, friends, and being thankful for what you have and have given to each other. 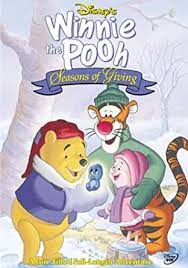 Mayor Humdinger is up to no-good just like always in this Paw Patrol Thanksgiving special episode! The bouncy turkey from City Hall’s feast has disappeared and it looks like the mayor and his felines are behind the trouble. Will Paw Patrol be able to recover the bird in time for the feast? 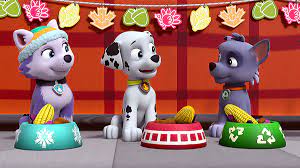 In this Thanksgiving special, The Care Bears have to save their Thanksgiving celebrations from Sour Sam and his crabby apple pies! 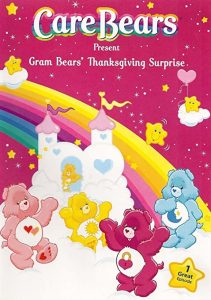 Thanksgiving Movies for the Classroom

An easy way to get the Thanksgiving spirit high in the classroom? Putting on a movie at the end of the day or week! There are few things students look forward to more than getting to watch a movie at the end of a hard school day. They may get to watch movies at home too, but something just feels extra special about getting to do so at school when you are working so hard. These next few are perfect for the classroom!

Charlie Brown and his family have plans to spend Thanksgiving at his grandmother’s house, but Peppermint Patty has other plans for the whole Peanuts gang. She invites herself and their friends over to Charlie’s house for the holiday despite his insistence that he already has plans. The whole crew plans to get together earlier in the day so Charlie can still go to his grandmother’s house. Will the Peanuts gang be able to prepare a Thanksgiving feast up to Peppermint Patty’s standards? 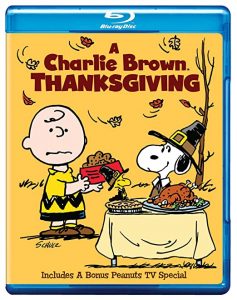 In this holiday special, Garfield has an appointment with the vet the day before Thanksgiving. The veterinarian puts Garfield on a diet and insists that it starts right then. How will Garfield enjoy his favorite foods on such a special day when he suddenly has to watch what he eats? 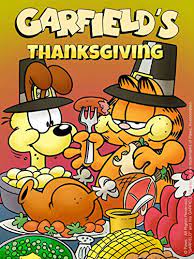 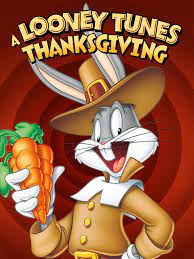 This Alvin and the Chipmunks collection has four different episodes for the whole classroom to enjoy. In the episode titled, A Chipmunk Celebration, Alvin, Simon, and Theodore sign up for their community Thanksgiving play. Their parts and play assignments get all mixed up, so the boys are very stressed for their holiday performance! 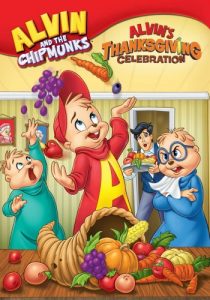 We’re Back! A Dinosaur’s Story

This animated movie has real dinosaurs time-traveling from the past to modern day New York City! The dinosaurs were able to travel thanks to the help from an alien who wishes to give children the chance to see real live dinosaurs. Thankfully, they arrive on Thanksgiving and are able to disguise themselves as part of the Macy’s Thanksgiving Day Parade as they travel through the city! 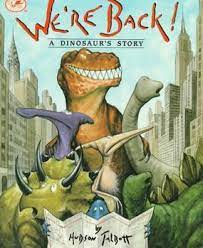 Thanksgiving Movies for the Whole Family

These great Thanksgiving movies are perfect for younger kids, older kids, parents, grandparents, and everyone else arriving in town for the holidays.

Family movie night will surely feel complete with one of these flicks and a few slices of pumpkin pie! These movies will appeal to most ages. Even the older kids won’t  complain about having to watch shows aimed at their little siblings! 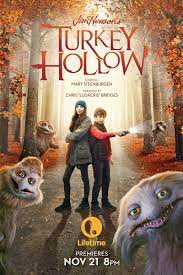 This holiday movie has quite the Hollywood lineup! Owen Wilson, Woody Harrelson, and Amy Poehler star in this animated film about a very lucky turkey named Reggie. Reggie is pardoned by the president and is now able to live the carefree lifestyle of his dreams. He runs into another fowl named Jake who gives him a proposition he cannot turn down: stopping all turkeys from ever becoming Thanksgiving dinners. Jake has a plan to travel back in time together to right before the first Thanksgiving and stop the holiday tradition of eating turkey on the holiday. When they make it to 1621, they run into Myles Standish, a colonist who has set out to capture all turkeys for his hungry pilgrim friends. 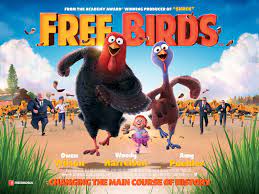 Kevin James stars in this comedy as a single father who works as a security guard at his local mall. He loves and takes his job very seriously even if no one else does! All of his hard work comes to a head on Black Friday when Santa’s Helpers shut down the mall and take hostages. The security guard might just be the man to save the day – nobody knows the ins and outs of the mall like a security guard. 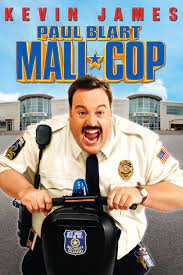 Sandra Bullock stars in this heartwarming film about a family who is granted guardianship of a homeless teen. He is able to realize his full potential with the support from his new family. While the movie as a whole is not a “Thanksgiving movie”, there are some really great scenes centered around the family celebrating the holiday together. 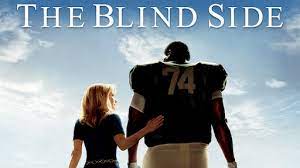 While this movie may not technically be considered a Thanksgiving movie, the color palette and scenery screams Thanksgiving and Autumn. Mr. and Mrs. Fox live a happy, simple life with their son Ash and nephew Kristopherson. Mr. Fox decides to fall back into his old ways of providing for his family: stealing chickens. What will happen when his wife and the farmers he is stealing from find out? The family shares a meal around the dinner table that looks just like a Thanksgiving feast! 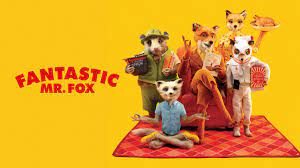 This remake of a classic film stars Jamie Fox, Quvenzhane Wallis, Rose Byrne, and Cameron Diaz. Annie is a foster kid who has to learn how to make it on her own in and out of her foster home in New York. 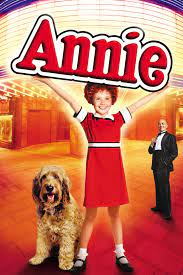 Susan Walker is a young girl who has started doubting Christmas’s most special individual: Santa Claus. Kris Kringle is an old man who plays the part of Santa in Macy’s Thanksgiving Day parade. He does his job so well that he is suddenly asked to play the festive part at all sorts of holiday events and locations. He begins claiming that he is the real Santa Clause and his and Susan’s lives become intertwined as they try to convince the other of what they believe to be true. 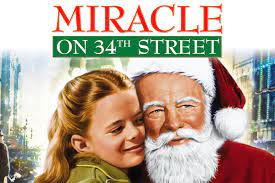 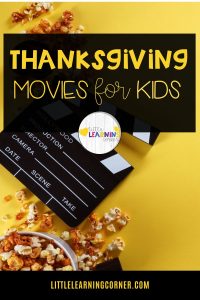