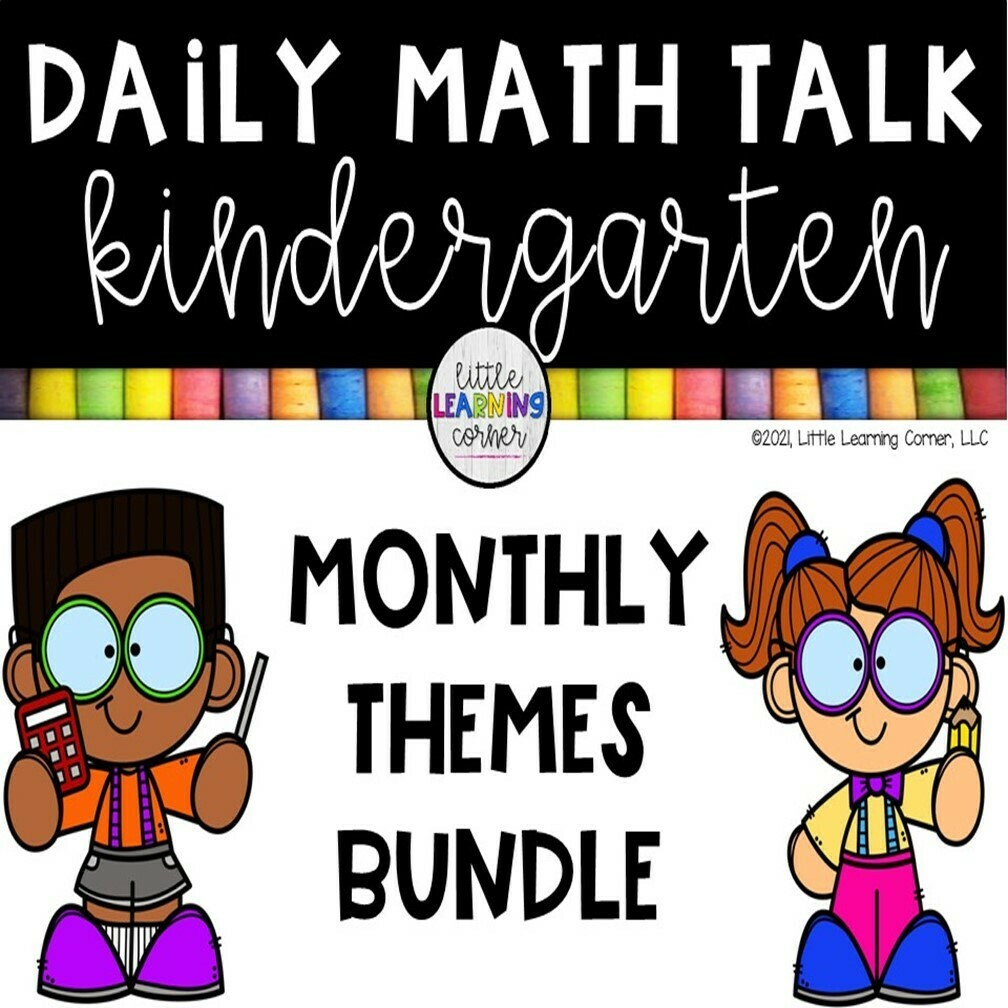 Be prepared for some awesome math conversations with your little ones!

Starting with the August set, the kids will work on basic skills such as position words, numbers to 5, numbers to 10, estimating, same/different, and learning about fives frames.

As the months progress, you will see patterns, number lines, number comparisons, story problems, and more that build up to addition and subtraction and numbers beyond 20. The math talks are designed to spiral back through the previous standards, while building on new.

With this Monthly Math Talk Bundle, you will get:

A zipped PDF with printable cards and digital slides for:

If you'd like to learn more about math talks, check out my post, Benefits of Math Talks