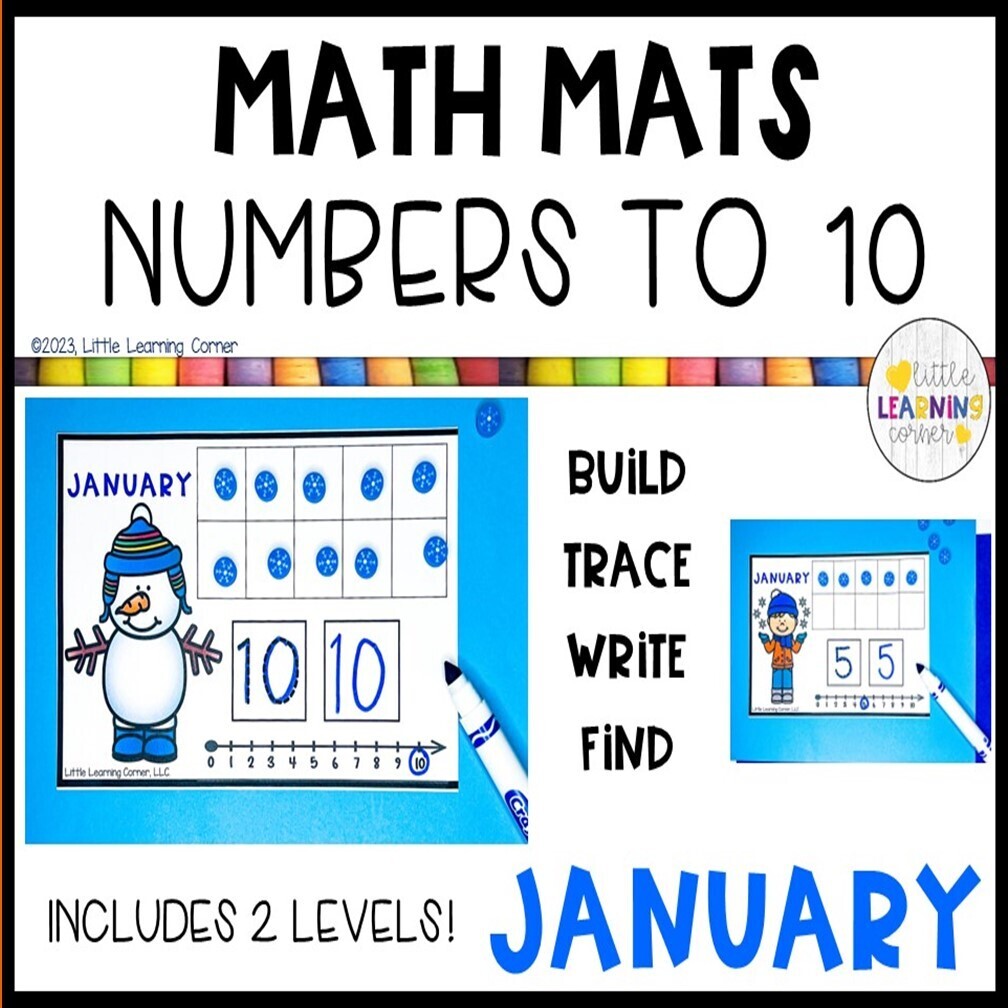 January Numbers to 10 Math Mats are an interactive, hands-on, math activity to build number sense and engage your active learners in counting and writing numbers 1-10.

Preschool, PreK, and kindergarten kids will count, build, trace, write, and find the number on a number line.

2 Levels are included for easy differentiation!

Level 1: The number is represented with a set of images already in the tens-frame. Kids point and count to number set to build one-to-one correspondence, counting in order, and cardinality.

Level 2: The tens-frame is blank for kids to independently build the number using manipulatives such as mini-erasers.

YOU WILL GET A PRINTABLE PDF WITH:

Ways to Use these Math Mats: