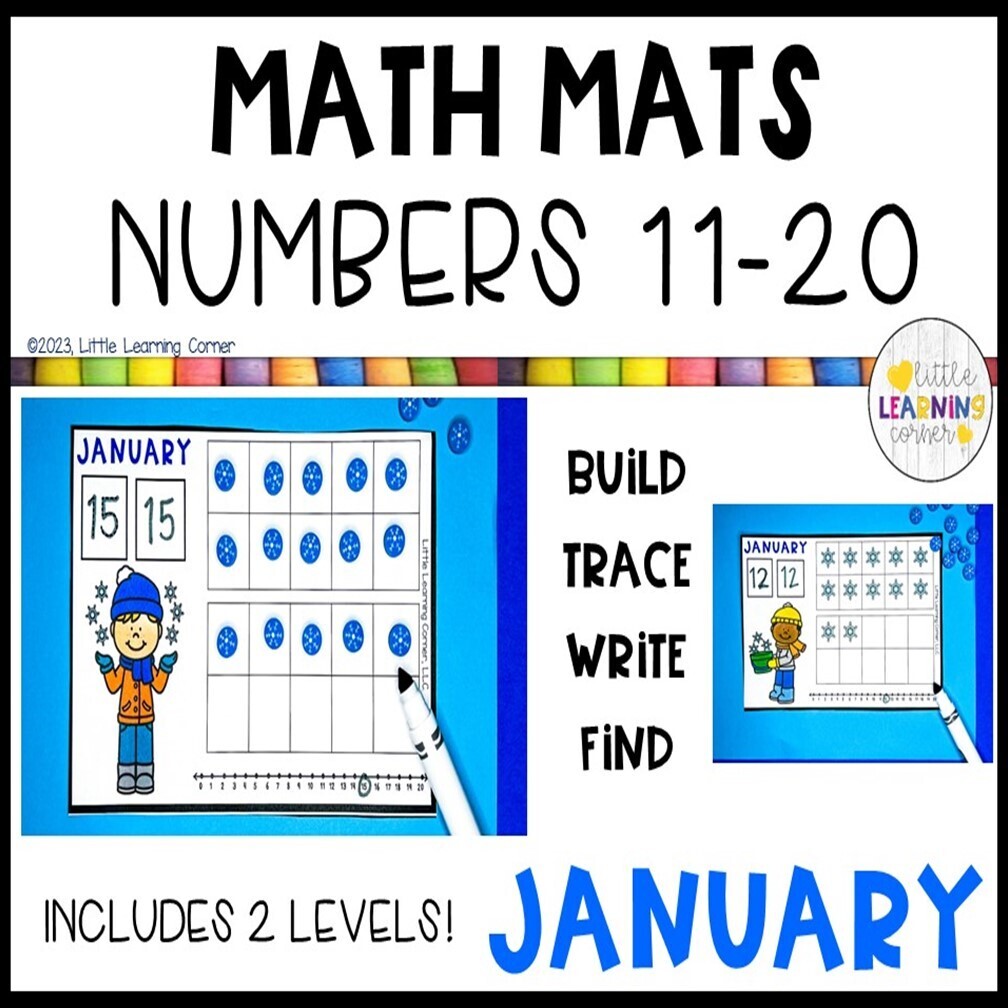 January Numbers 11-20 Number Math Mats are an interactive, hands-on, math activity to build number sense and engage your active learners in counting and writing numbers 11 to 20.

PreK, kindergarten, and first grade kids will count, build, trace, write, and find the number on a number line.

Level 1: The number is represented with a set of images already in the tens-frame. Kids point and count to number set to build one-to-one correspondence, counting in order, and cardinality.

Level 2: The tens-frame is blank for kids to independently build the number using manipulatives such as mini-erasers.

Ways to Use these Math Mats:

YOU WILL GET A PRINTABLE PDF WITH: