Fun fish facts for kids are the perfect way to kick off your non-fiction lessons about fish – including freshwater and saltwater fish species.

Just like many other types of animals on the earth, there is more to learn than we could ever comprehend. If you are looking for a kid-friendly way to start, the post below includes plenty of tidbits, or fun facts, little learners will love to add to their growing brains. 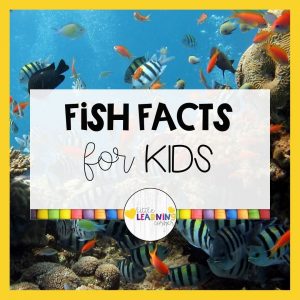 This section has ten short and simple fish facts for kids.  These facts are great for the younger kids to comprehend, and can be found in these Building Sentences: Fish Facts for Kids printable worksheets. 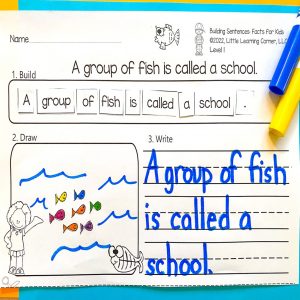 Get the Fish Facts worksheets HERE or on TPT 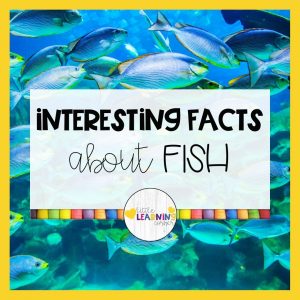 As mentioned before, there are over 30,000 different species of fish on our planet. Some of those live in freshwater and some live in salt water. As you will learn later, some live in both! Below are different types of fish you may have heard of before.

Freshwater and saltwater are two easy ways to divvy up fish into different categories. However, fish are so complex, you could divide them into thousands more categories.

Fish are all so different from the other. For example, sharks, seahorses, and Bass are all fish! Yet, they seem as different as it gets to many of us. This just goes to show how wide the world of fish really is. 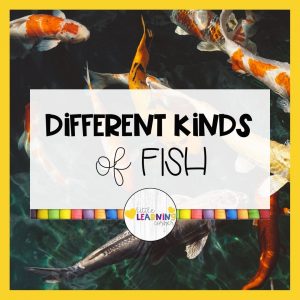 The oceans make up the majority of Earth’s surface and around 97% of all of the water on Earth. So, despite only taking up a microscopic percentage of Earth’s water supply, bodies of freshwater are home to almost half of all fish species! The oceans are so big! How does this make sense? Well, scientists say that most saltwater fish descended from freshwater fish!  You can learn more about sharks in the Ocean with these 30 Cool Shark Facts for Kids. 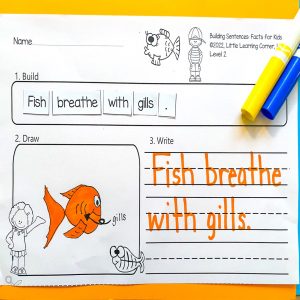 Get your Fish Facts worksheets HERE or on TPT 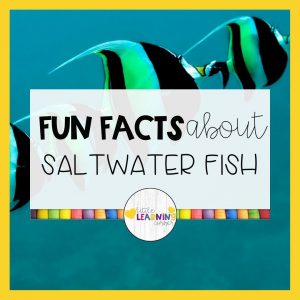 The aquatic habitats of fish vary so widely. The fish within those habitats vary widely as well! Almost all of the fish on our planet have descended from freshwater fish, so there is plenty to learn! 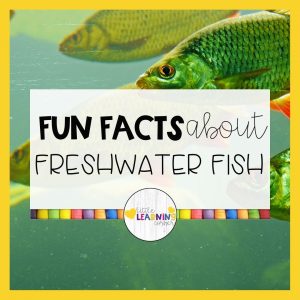 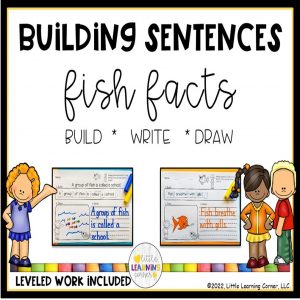 Get your Building Sentences Fish Facts HERE or on TPT 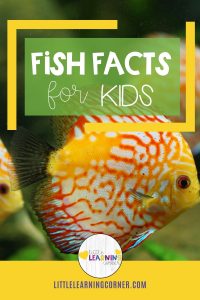 Previous Post: « What to Pack for Kids Lunch: 55 Healthy Ideas
Next Post: 45 April Would You Rather Questions for Kids »