Discover something knew to share with the children with these fun Thanksgiving facts for kids. 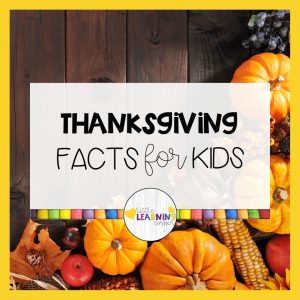 Thanksgiving is an American holiday that many people in the United States celebrate. Families and friends gather for their Thanksgiving celebrations and prepare and eat delicious food together. Many people begin celebrating the holiday very young, and know that it’s a time to honor what they’re grateful for.

But, the holiday has a history. It was started a very long time ago, and the celebrations looked slightly different than now. Teach the kids and your family about the history of Thanksgiving below. 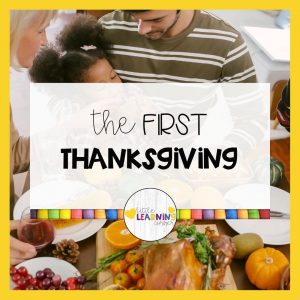 In 1620, a group of English Protestants sailed across the Atlantic Ocean to make a new life in the “New World”. This initial group of people was called the Puritans. They were English Protestants who wanted religious freedom from the Church of England. The new world that they wanted to settle in was what we now call North America. The puritans sailed across the Atlantic for 66 days and ended up in what is now Massachusetts. These english settlers named their new home and settlement the Plymouth Colony.

Life was not easy for these new settlers. The living conditions and land were different and they needed help making it through their first winter. Native Americans came to their rescue.

Who were the Native Americans?

A Wampanoag tribe member named Squanto knew English. He and other tribe members helped the settlers learn how to grow corn, fertilize their fields, and fish the area. After they had been working together for a while, the English settlers and Wampanoag Indians made a pact to protect and help each other. 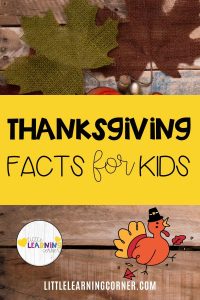 To celebrate the harvest, the tribe and the Puritans hunted and prepared food for a feast together for three whole days. When it came time to enjoy, all of the new settlers, Native Americans, and their children ate and celebrated with a harvest feast for the first time in 1621.

We love our football games, turkey, and cranberry sauce. But what did these first celebrations and the first Thanksgiving feast look like?

If your kids would like to learn more about turkeys, check out these 25 fun Turkey facts for kids. 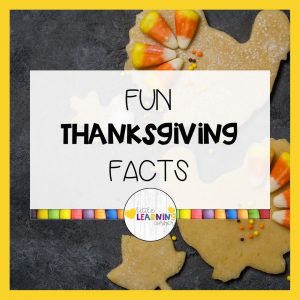 As you just learned, Thanksgiving has a very rich history. This history has continued much longer than 1621.  Below are slightly more recent Thanksgiving history and fun Thanksgiving facts for kids. 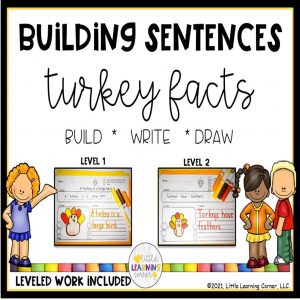 Get these Turkey printables HERE or on TPT

While we still may gather together and share delicious food, our traditions look very different from the first Thanksgiving. Most of us do not hunt for three days before the holiday. Our celebrations now often include grocery shopping, prepping a turkey, a lot of pie, and watching parades on TV. If you are looking to add another fun Thanksgiving tradition to your schedule or need another classic dish for the holiday menu, read below. 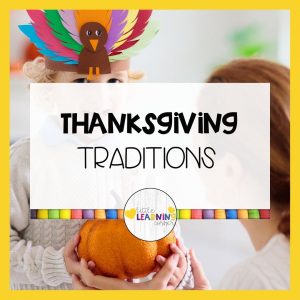 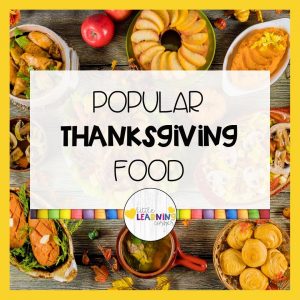 Cranberry sauce – Whether you make it homemade or squeeze it out of a can, this sweet jelly goes perfect with a salty turkey.

Roast turkey – Roasting a turkey may be the most common method, but frying has become popular as well!

Apple pie – Apple pie is great all year, but on Thanksgiving it feels extra special. A great way to top of a delicious meal.

Potatoes – Roasted, baked, or mashed – all are delicious and perfect with gravy!

Green bean casserole – A dish that is very particular to Thanksgiving for many. For some, it wouldn’t be thanksgiving without it. 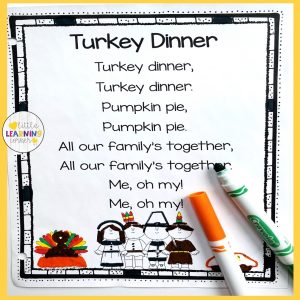 Grab this Thanksgiving poem HERE or on TPT

Before you go, here are some Thanksgiving related posts:

The Best Thanksgiving Books for Kids

November Would You Rather Questions 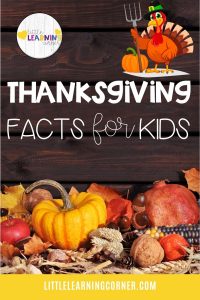