If your kids love the Jurassic Park dinosaurs, they will love these Stegosaurus facts for kids. Here, you will learn simple facts, physical characteristics, and about fossils of stegosaurus. After reading these facts, you’ll see how the Stegosaurus can be easily recognized. 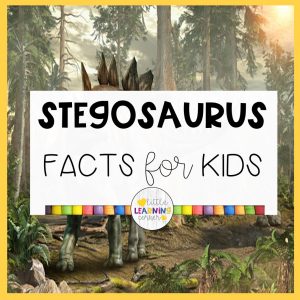 While there are over 700 identified and named species of dinosaurs, the Stegosaurus is one of the most popular. The Tyrannosaurus Rex, Brachiosaurus, Velociraptor, and Triceratops are also species of dinosaurs that are popular and common amongst young children. They are often the ones you see in toy stores, in books, and on children’s clothes and bedding.

Not only are the Stegosaurus’ popular dinosaurs, but they are also incredibly interesting —both for children and adults. They have giant, bony plates along their back. Some scientists think these were for protection and others think they were just there to help them regulate body temperature. Either way, there are so many different and interesting facts to learn about these prehistoric creatures. And there will be much more to learn over time. Science keeps growing and so does the knowledge about dinosaurs!

With them being so popular and so easily recognizable, they deserve attention and a post dedicated to facts solely about their life and history. While we may think all dinosaurs lived similarly, different species lived their lives very differently! This post is dedicated to learning all about the Stegosaurus and how they lived their lives millions of years ago. 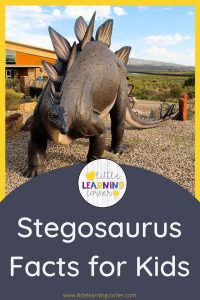 These facts are simple and easy to remember. If you are wanting brief and to-the-point facts for younger children, these are perfect! They are also a great starting point for someone who is just staring a dinosaur project. 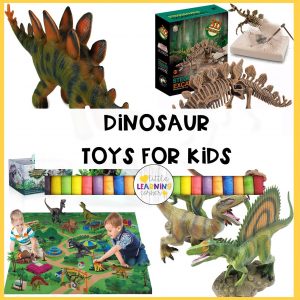 One of the main factors that makes the Stegosaurus so notable is its back! It has large bony plates down the entire body. Scientists say these rows of unique bones could have been three feet long! Here are some facts about those interesting bony plates and other key physical features.

If you are looking to dive a little deeper into the world of the Stegosaurus, these facts are for you. While worded simply for growing minds, they are still chock full of amazing information! 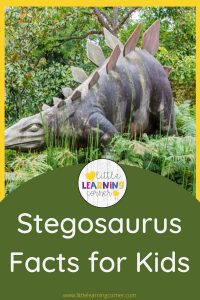