Children love learning about our solar system.  These Earth facts for kids are perfect for both the younger and older kids. 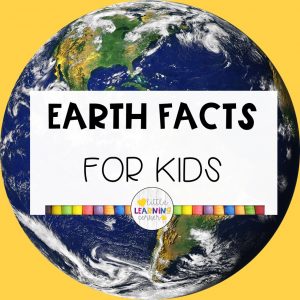 A large portion of science lessons and curriculum discuss our little part of the universe – Earth. While our planet is not as vast as the entire universe, it is still pretty amazing —and it is constantly changing! So, there is always something new to learn about our planet as well.

Below, there are several sections of earth facts for kids. The first section is a set of simple facts intended for younger children. For older children, you could use the simple fact as a base and dive a little bit deeper into that topic. The second section includes facts about the physical properties of Earth.  The last sections are longer, interesting, facts for older elementary students.

First, I want to share some simple, easy-to-read facts for a younger crowd. Use these fun facts as a starting point, then have students research a little bit more about the topic!

What’s the great thing about our solar system and universe? It seemingly never ends. Scientists say it is constantly expanding! So, by that standard, there will always be something new to learn about and discover. When most parents and teachers were growing up, Pluto was considered a planet! Students used to learn that there were nine planets! Now, it is taught in school that there are only eight (sorry Pluto!). Scientists and experts are constantly learning something new about our planet and solar system. 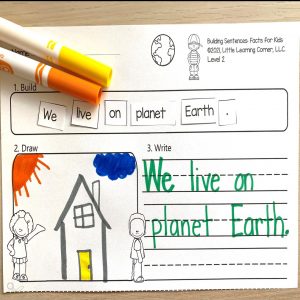 Get the Earth Facts worksheets HERE or on TPT 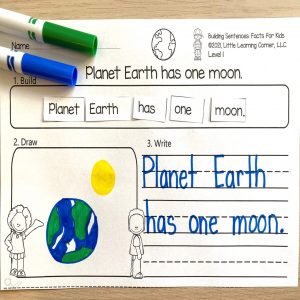 These Building Sentences: Earth Facts for Kids are leveled worksheets to incorporate into your space lessons.  Kids build the easy fact sentences, write the sentence, then draw a picture.  Great for at home or in the classroom.

Here are some numbers for the physical properties of earth. Your students’ minds will be blown when they learn how much mass our planet is made up of! 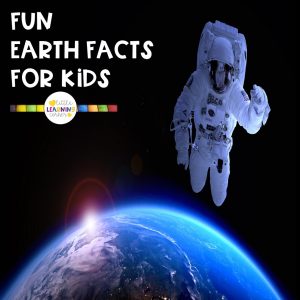 These facts are longer and include more detail, but are constructed in simple sentences. These facts may be best suited for slightly older students, but they will learn a lot going through this list! Ever heard of an “oblate spheroid”? You will learn all about it below!

Where Did the Word Earth Come From 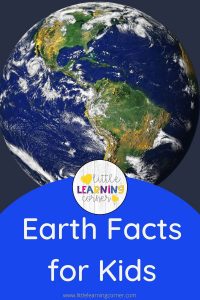 What is Earth Made Of

Earth is something many become interested in at a young age and many adults are still fascinated with later in life.

Before you go, here are more facts for kids: 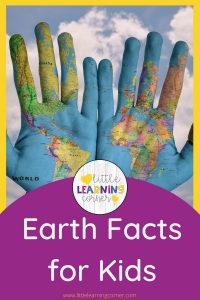