Are you searching for emperor penguin facts for kids to teach your kindergarten and first grade students all about penguins? If so, you’re going to love sharing these fun facts. Later in the post, you will also find an amazing penguin facts writing activity for kids.

Before we get started on emperor facts, let’s look at some easy facts about penguins, in general. 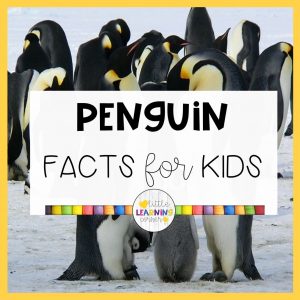 These flightless birds, with an adorable waddle, are often a part of elementary science lessons. You can gather penguin facts for kids with a trip to the zoo, watching a penguin facts for kids video, reading informational text about penguins, and incorporating this no-prep printable Penguin writing center – All About Penguins. 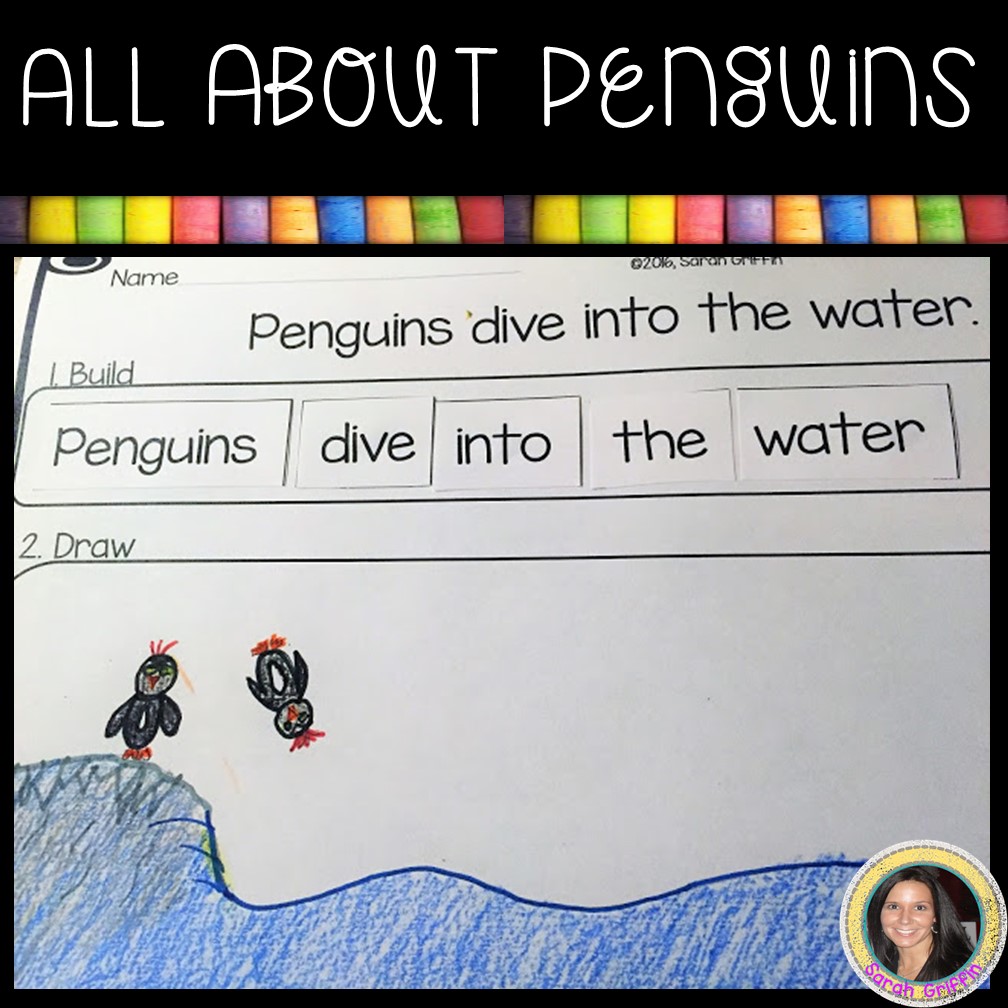 As a part of the Building Sentences resources, I have created a special addition to highlight the fun and easy penguin facts for kids.

Building Sentences: Penguin Facts for Kids, is a leveled, print-and-go, resource to support your lessons plans about penguins and arctic animals.  It comes with no-prep, printable, worksheets where kids cut and paste the word tiles to build a penguin fact, and spaces to write and draw about the penguin fact.  2 levels are included in every Building Sentences resource.

Level 1 (seen below) has the sentence printed at the top of the worksheet. 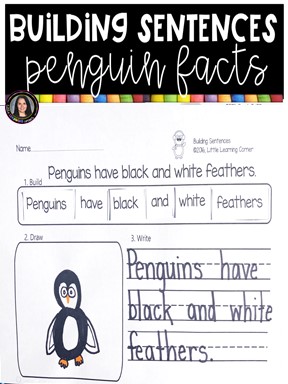 Level 2 (seen below) does not have a sentence printed at the top of the worksheet.  Instead, they will read the word tiles, and try to put together a penguin fact on their own.  For extra support, they can refer to the penguin fact page (also included). 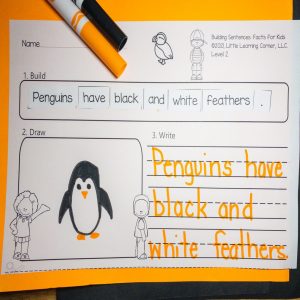 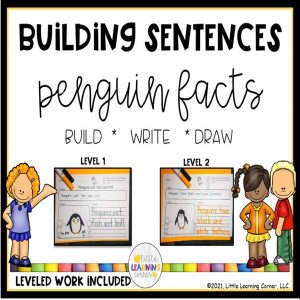 Get Building Sentences Penguin Facts, HERE or on TPT

If your kids are visual learners, they will love this video about penguins.  Enjoy!

Everything Arctic Animals for Kids

Back to School Black History Books

winter Would You Rather